Back
“I hope I can always dance. I will dance however long I can.”
王琛

“I hope I can always dance. I will dance however long I can.”
王琛

Chinese Name: Wang Chen (王琛).
Meaning of Chinese given name: Chēn (琛) means precious treasure.
Nickname: Chao-chao. My grandpa gave it to me. It means to excel.
Favorite tour city: Sydney, because we always spend a lot of time together, cooking in the apartment hotels, eating together, singing. It's a very happy time.
Make up takes: 15-20 min.
Warm-up method: Stretch, kick a bit (front, side, back), and do a series of techniques.
Favorite warm-up music: Piano music or orchestral music; faster music to make time go by quickly during intense stretching.
Pre-show energy food: Dark chocolate.
Intermission activity: More warm-up.
Most prominent strength: “I’m okay, I don’t have any outstanding points,” she says. (Really? Have you seen the photos?)
Favorite character to portray on stage: A Falun Dafa practitioner.
Most memorable audience reaction: Last year in Taiwan, once during The Power of Compassion, when the fairies come down and the Dafa practitioners give the book to the policeman, it seemed like an entire side of the audience was crying like crazy.
Favorite Chinese historical figure: Han Xin and Zhuge Liang. For now.
Favorite travel pillow: My purple pillow that I’ve had ever since I was young. But it’s a lot older than me. It used to be much nicer looking. Some call it “Little purple” (小紫). My family calls it “Pillow rag” (爛枕頭).
# of stuffed animals in bedroom: 10, if you just count the big ones.
Travel food: Pine nuts—I really like pine nuts.
Favorite ice cream: Strawberry Häagen-Dazs and mint chocolate chip.
Favorite movie snack: I’m really focused when I watch movies. I don’t eat.
Least favorite food: Cilantro!!
Dream vacation destination: I’d like to go Boundary Waters. I want to camp there, see the stars at night, and meditate there.
Wanted to be as a kid: I wanted to be a doctor, then an astronomer, and an archaeologist.
Siblings: None, but I have a cousin I grew up with and he’s like a brother to me.
One wish: I wish that my grandparents will live long healthy lives. 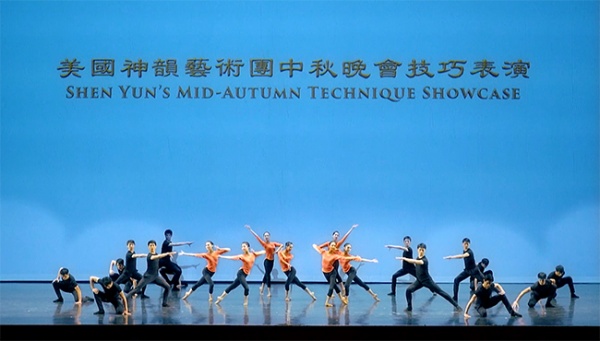 Artists
Following the lead taken by some media and other organizations, we are now also referring to the coronavirus as "the CCP virus," as it is the Chinese Communist Party's mismanagement and cover-up that has led to the global pandemic.